Gangnam style was blaring on every radio, “GIF” was voted word of the year by the Oxford Dictionary, and the Twilight Saga was coming to an end (oh, the tragedy). It was a different time, indeed.

During this fateful year, something else was happening that would be the start of a new way of thinking about currency, ownership, and art: NFTs, otherwise known as non-fungible tokens.

In the early days, NFTs had a small following of believers, and people were still trying to grasp the idea of cryptocurrency and digital ownership.

Of course, what was once a niche section of the crypto world ballooned into a digital revolution. But to understand how NFTs became a billion-dollar industry, it's essential to understand the early days of this decentralized movement.

For a quick refresher on NFTs, they're one-of-a-kind digital tokens that exist on the blockchain. Bitcoin, for example, is fungible, meaning that one Bitcoin is the same as another Bitcoin. A non-fungible token is unique and has no exact equivalent.

NFTs are used in various ways and can represent different digital assets like music, items for games, virtual real estate, collectible trading cards, and even gifs of sports moments.

Digital art, however, is currently driving most of the hype around NFTs, but the early days of these tokens were far different from what most people associate with NFTs today.

The first NFTs are not the PFP collections associated with today's popular ones. Instead, they were small portions of Bitcoins called Colored Coins, used to represent the ownership of different kinds of real-world assets.

Here's a small list of examples of what people bought with Colored Coins:

Colored Coins had (and still have!) various uses, and while they were a novel part of the Bitcoin blockchain and the start of NFTs, they had some serious flaws back then. Yet despite some issues, Colored Coins trail-blazed a path for what was to come in the NFT world.

The next phase of NFTs

While Colored Coins represent more of a currency with various uses, the following years showed that NFTs were not a fad but rather a digital movement on the verge of experiencing incredible advancements.

In 2014, developers Robert Dermody, Adam Krellenstein, and Evan Wagner launched another evolutionary phase of the crypto and NFT lifecycle: Counterparty.

This platform is an open-source protocol that extends Bitcoin's functionality. While that may seem like serious crypto jargon, it is essential to know that this platform enabled people to develop and trade assets on a decentralized ledger network.

Counterparty became the go-to place for digital creation and transaction, which sent crypto believers flocking to the platform to make their mark in this digital space. For a lightning-quick summary, here are a few of the significant milestones achieved from Counterparty's platform: 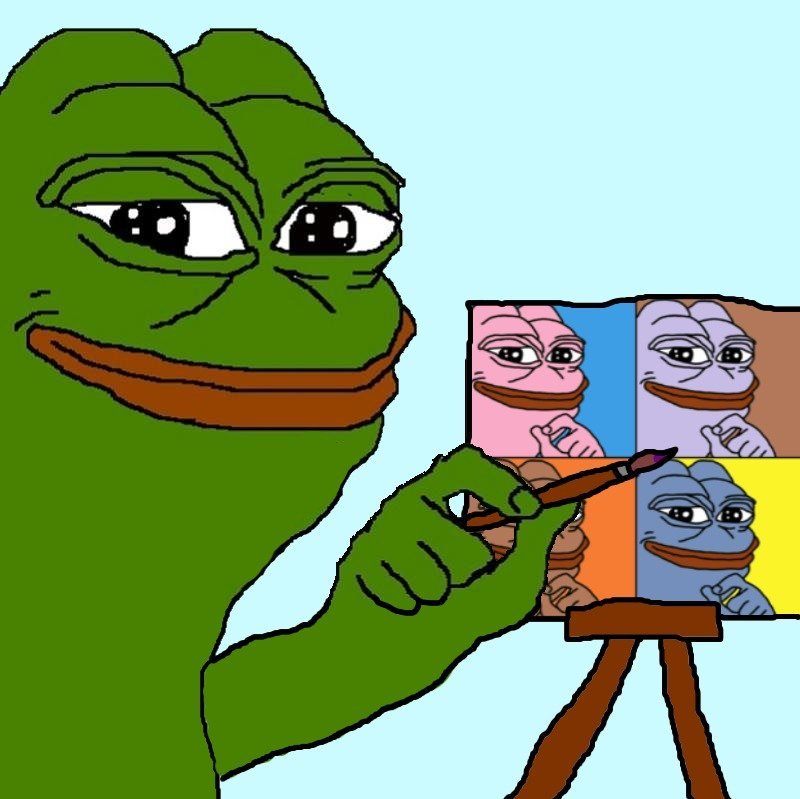 These moments represent formative steps in the NFT timeline, but it wasn't until months later that generative art took a massive leap forward. Still in all, Counterparty wedged the door open for art to make its way into NFTs.

Minted in 2014, Kevin McCoy created a hypnosis-inducing piece titled" Quantum". The black box of mesmerizing vibrating colors was the first example of an NFT that fell into the art category.

Since its minting, Quantum has become one of the most coveted pieces in the NFT art market. With a price tag of $7 million, Kevin McCoy demonstrated that artists were ready to make their mark on the digital world.

Today, Kevin McCoy continues to make stunning and provocative creations, but Quantum might be the creation with the most lasting impact.

It's hard to accurately state the importance that CyrptoPunks had – and continues to have – on the NFT community. What's now an NFT collection with tokens worth millions of dollars started as a set of 10,000 uniquely generated characters given away for free.

A lineup of CryptoPunks.

It makes one wonder if John Watkinson and Matt Hall knew they'd created something so transformative when they released these NFTs in 2017.

In any case, once they debuted this collection of NFTs to the public, they were rapidly snatched up. It was only on secondary markets where they began to wrack up big price tags they're associated with today.

To hammer home the gravity of these NFTs and the current demand, CyrptoPunk #7523 – a blue face wearing a protective mask and hat – was purchased for a whopping 11.25 million dollars.

These pixelated characters were a huge part of igniting a billion-dollar NFT frenzy while trailblazing a path for future developers, creators, flippers, and artists.

There's no history of NFTs without mentioning CryptoKitties, because these adoptable digital felines pushed NFTs and digital assets squarely into the public eye.

For those unfamiliar, CryptoKitties is a blockchain-based game where people can use Ethereum to buy (or "adopt"), raise, trade, and breed kitties.

The craze for CryptoKitties started in 2017 when the company Axiom Zen unveiled them at the largest Ethereum ecosystem hackathon. This introduction proved an immediate hit with attendees, and the popularity continued to skyrocket with a hot market fueling the current state of crypto buzz.

The secret was out, and a new wave of NFT-curious artists and collectors was surging into the metaverse.

NFT marketplaces on the rise

Another essential contribution to the rapid rise of NFTs are the marketplaces where people can mint, sell, trade, and buy their digital assets. Without them, there's no telling whether NFTs would be in such high demand.

Numerous sites deal in NFT exchanges, but a few major players dominate the landscape. OpenSea, in particular, revolutionized the economy of NFTs.

It all started in 2017 with founders Devin Finzer and Alex Atallah taking an interest in the CryptoKitties movement. After speaking with like-minded enthusiasts, they launched the first version of OpenSea and billed it as " the first open marketplace for any non-fungible asset on the Ethereum blockchain."

What was initially just two people enthusiastic about NFTs and crypto bloomed into something that's nothing short of extraordinary:

What's even more impressive is that OpenSea continues to expand as the go-to NFT marketplace. Even with fears of a digital bubble bursting, people are flocking in huge numbers to the website in hopes of discovering the next CryptoPunks or CryptoKitties.

While there were plenty of big moments for NFTs leading up to now, 2021 was the year where fungible-tokens really made a significant splash. To put the importance of last year into perspective, here are some of the most notable statistics.

Mike Winkelmann – otherwise known as Beeple –  made NFT and art history this past March when he sold his piece "Everydays – The First 5000 Days" at Christie's auction house for $69 million.

According to Christie's, that eye-popping price vaulted Beeple into the position of top three most valuable living artists.

Apart from making Beeple wildly wealthy, however, the high cost shows the extent people are willing to go to claim ownership of an original piece of digital art. It also helps solidify the belief that NFTs will be a valuable part of the future of art as a whole.

Digital artist Pak's crushed the Art Basel record by collecting $91.8 million on Nifty Gateway for his piece The Merge. The piece was bought by 28,983 collectors who purchased 300K plus pieces units of the project.

While this created the debate for whether this is a singular piece of digital art or a collection, the fact stands that the total sum spent on the work is nothing short of extraordinary.

The success of the marketplace further proves that money is sloshing around NFT markets, and so far in 2022, there's no signs of any rough waters for OpenSea on the horizon.

What's next for NFTs?

There's far more to the rise of non-fungible tokens than the release of a few digital art collections. It's a network of online communities stringing together significant advancements that continue to drive crypto and NFTs, and there's no sign of any slowing down.

There's lots of speculation about the next big thing to come out of this space. With developers and artists trying to cash in on the NFT wave and talks of what's in store for the Metaverse, you should expect plenty of NFT news in the years to come.

What milestone made you an NFT believer? Drop us a line in one of our community channels to continue the conversation! 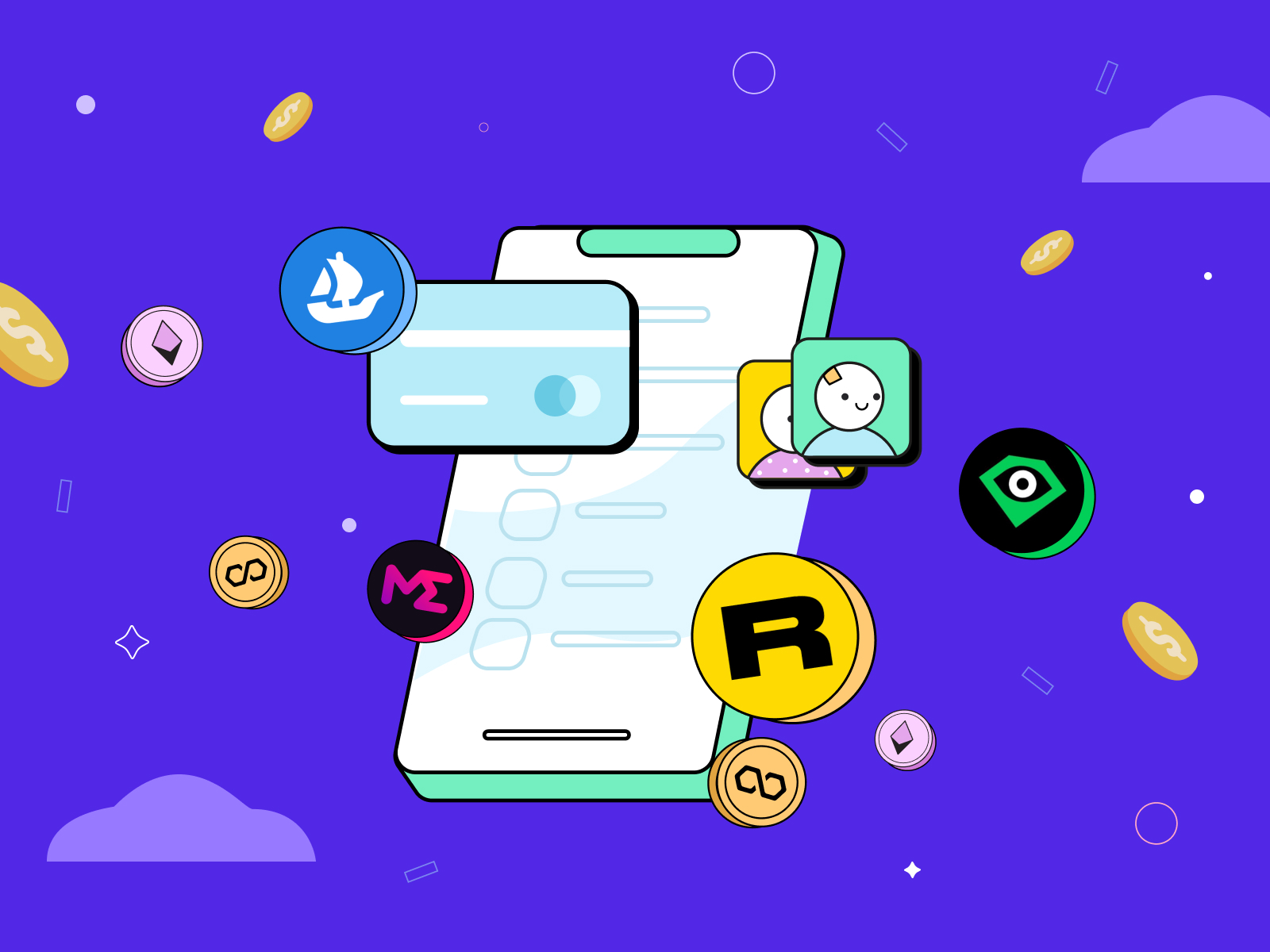 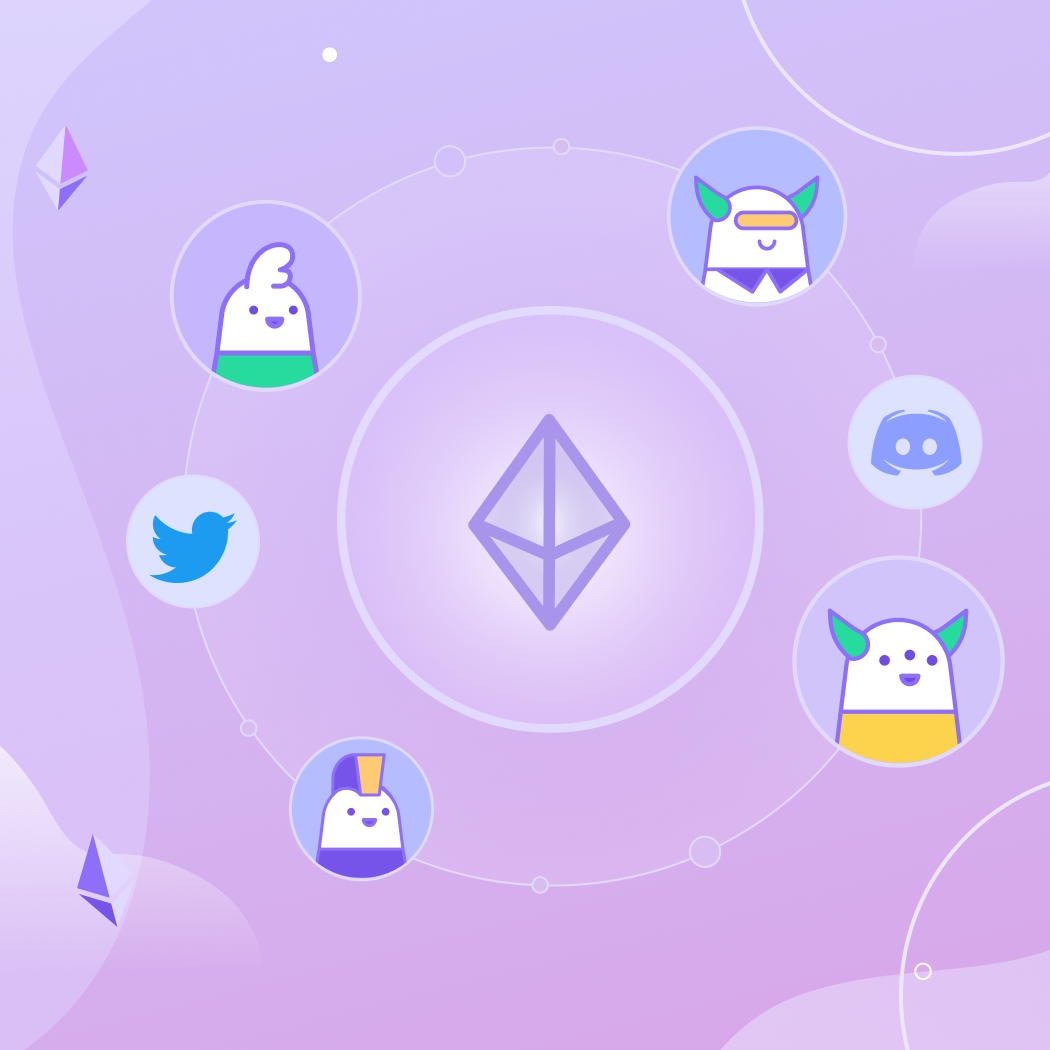 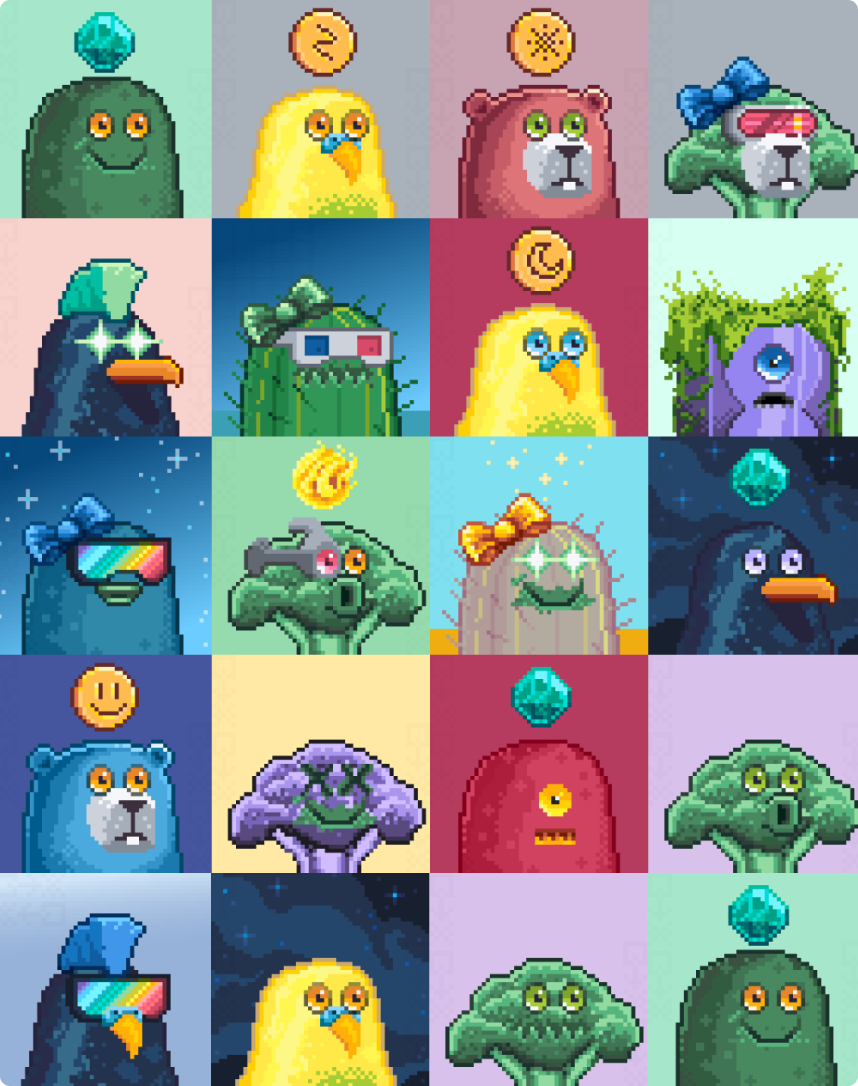 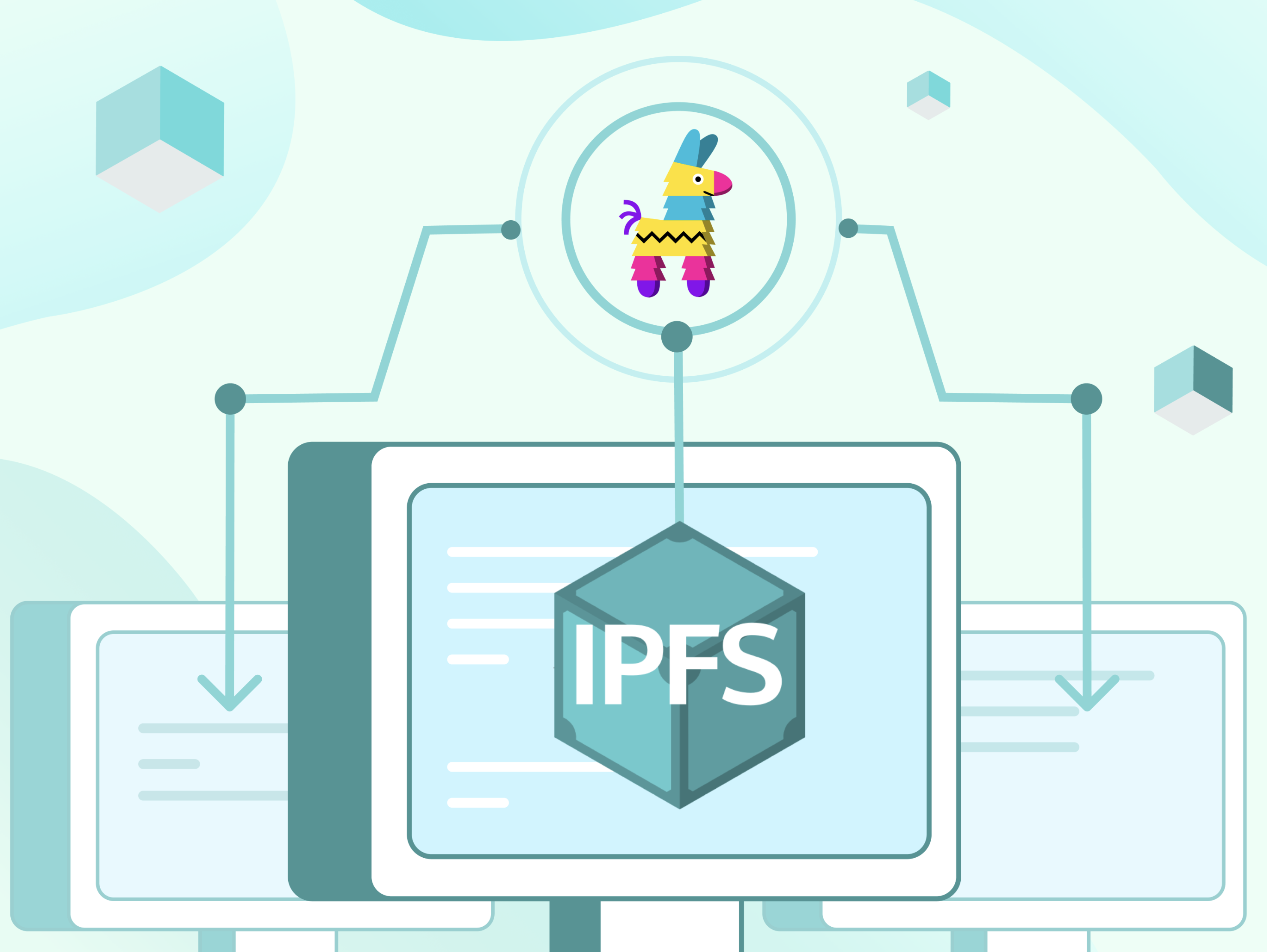