Socrates claimed long ago that if one knows what is good, they will always do what is good.

If Socrates was alive today, had a crypto wallet, and participated in the NFT space, do you think he would stand by his words? Let’s be honest with ourselves for one brief moment and agree that there’s almost no flippin’ chance that he’d describe a solid ethical foundation in the NFT space. 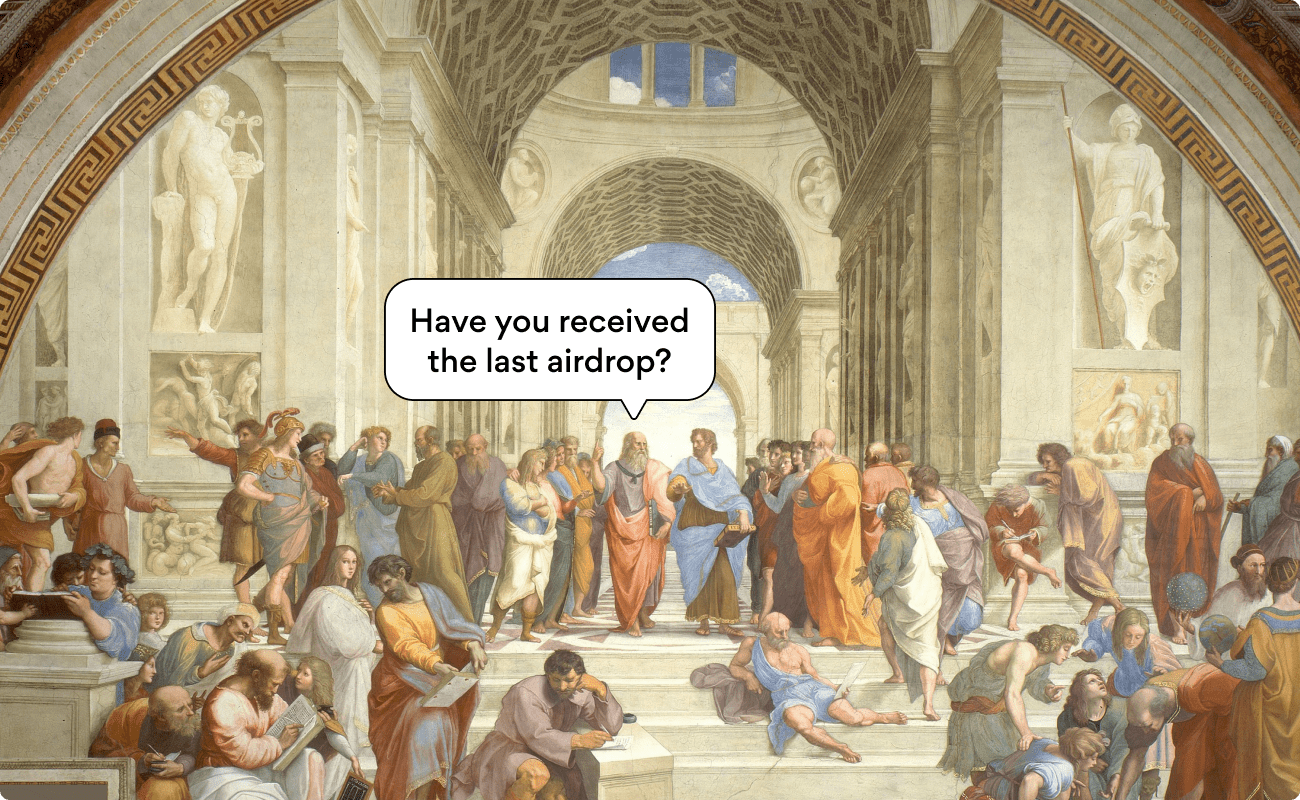 If Socrates was a degen.

Web3 and the many decentralized corners of the metaverse are often billed as the revolutionary next step of the web. A quick scroll through NFT and crypto Twitter portrays this new universe as a libertarian fantasy world where the individual is free and unbothered by dark government forces.

Low and behold, obvious cracks are shattering this perfect vision.

From scams to the ecological impact of crypto mining, the Web3 community is constantly facing new questions of morality in this developing space.

So what’s the issue with ethics in NFTs?

While everyone inherits and develops their moral compass, it’s generally pretty easy to tell between right and wrong in the real world. But with a developing new space, some of the ethical questions that are crystal clear IRL require some more profound thought.

Much of the moral ambiguity stems from the fact that Web3 is still very much in its infantile stages. The volatility of the space blended with new lucrative forms of technology makes for an opportunistic situation for unethical behavior.

But navigating the new challenges of decentralization and a developing space is just the tip of the ethics iceberg in crypto, NFTs, and Web3. Despite all of these potential problems facing this space, these issues are challenges with solutions waiting to be discovered.

NFTs are an ecological time-bomb

There’s still a sizeable portion of the NFT community that is wholly unaware of the impact that creating NFTs has on the environment. This is somewhat shocking considering the amount of negative press that crypto mining has received in the media, but the fact remains that creating tokens does take a toll on Mother Nature.

According to an article by Memo Atken, important available data suggest the problematic effects of minting an NFT. Just skimming the first paragraph alone shows simple calculations and comparisons to highlight the impact of the NFT carbon footprint:

"Using Kyle’s calculations yields an average carbon footprint for a single-edition NFT averaged across all NFT platforms on Ethereum (rounded to closest 100Kg) as:

These comparisons are just a high-level snapshot of a large amount of data to back up these figures. Still, it doesn’t take an expert in ecology to understand the damaging energy consumption that comes from NFT activities.

To put an even darker perspective on the matter, Memo Atken says,

While not as bad as Bitcoin, a single Ethereum (ETH) transaction is estimated to have a footprint on average of around 35 kWh [4]. This, in itself, is ludicrously high. To put that into perspective, this is roughly equivalent to an EU resident’s electric power consumption for four days.

The good news is that there are more energy-efficient alternatives to minting NFTs. The environmentally conscious among us in the metaverse have a responsibility to find solutions toward reducing the adverse effects of non-fungible tokens.

The consequences of decentralization

The Web3 community loves praising the beauties of a decentralized space and the incredible benefits of this type of community structure. That is until something like a massive rug pull or a clever scam causes collectors to lose thousands or even millions of dollars in crypto.

Holding scammers and nefarious agents accountable becomes more difficult in a highly privatized and decentralized space. Here, a profound moral dilemma arises for stakeholders in NFTs and Web3: do you stand on the pillars of privacy and inclusiveness?

Jason Robins – the CEO of DraftKings and a significant player in the crypto and NFT space – believes the answer to this moral riddle is simple, “The types of things we need to become mainstream fly directly in the face of decentralization. If you don’t have some sort of centralized control, it’s hard to protect people from themselves.”

Of course, Jason Robins also touches on how deeply entrenched the concept of decentralization is within the crypto and NFTs communities. Changing the mind of devout decentralists is an uphill battle, even when presented with solid arguments.

Take this as an opinion, but many entered into NFTs purely for financial reasons. Financial ambition is not inherently greedy, nor are money motives morally unethical, but there are players in the space who commit deceptive acts to stack as much crypto as possible.

For example, at the root of almost all price manipulations, scams, and rug pulls is a person looking to maximize their gains at the expense of others. But what makes greed an even heavier ethical issue is that it can have ripple effects across the entire NFT community.

It’s why Azuki founder was mercilessly (and probably justly) roasted on Twitter after admitting to ditching three former projects. While he played off the failures as learning opportunities for future projects, others feel he should be held accountable and financially compensate stakeholders.

A fuckup is a one time thing. You had 3 rug pulls within a year. Apologies aren't going to make anyone whole. Only real accountability will. Time to form an #AzukiClass to hold you and @ChiruLabs recover damages and deter future rug pulls: https://t.co/I356VM88cu

This specific case highlights the malicious nature of ambition and the broader consequences greed can have on extensive portions of the NFT community.

Unfortunately, greed is an ethical issue that usually boils down to the actions of individuals, which makes it nearly impossible to correct on a larger scale. The good news is that there are still those passionate about art, community, and the long list of positive qualities associated with NFTs.

Like in the real world, ethics in NFT and crypto will evolve and be shaped with time. New issues arise, and the community takes new stances on what’s morally correct and what isn’t. Given the importance of Web3 and the metaverse, the ethical decisions that lay on the horizon could have huge implications for the future of the internet and digital ownership.

However, more than shaping the internet is that at the heart of each ethical debate is the human experience. Ethics is about making morally sound decisions and keeping our fellow community members safe from the darker side of a brand new world.

At the end of the day, it boils down to asking yourself, “what am I going to do about it?” 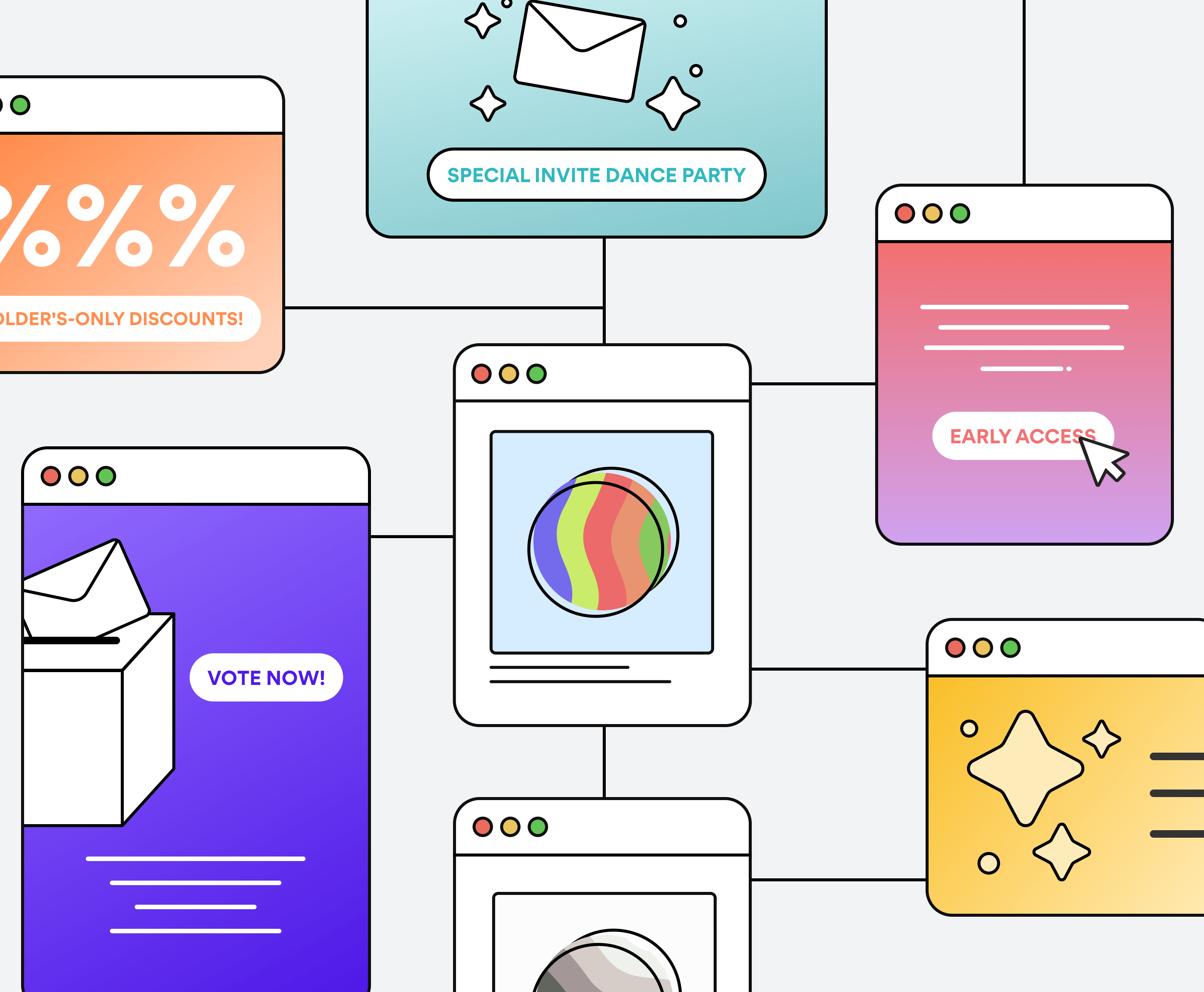 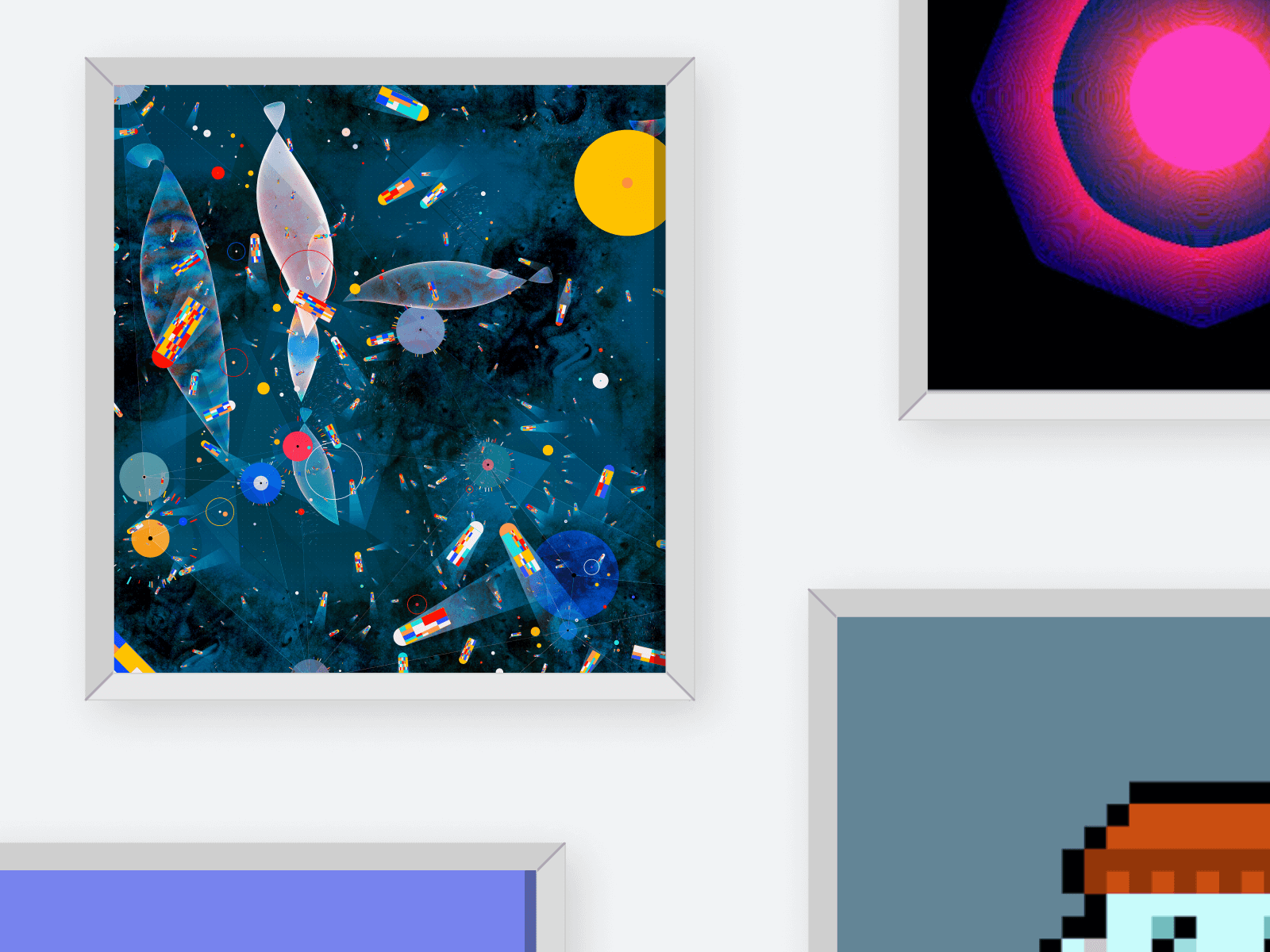 How to Turn Your Art Into Non-fungible Tokens